Foodservice sales force automation transformed the business of my former employer, US Foods.

Before I worked in mobile technology, I worked in foodservice.  I started with US Foods in the fall of 1995.  At the time, they were using a printed sales book driven by dBase IV and a data formatter. Before foodservice sales force automation, my job as a database manager was to supervise the creation of updated sales book pages for each of the nine divisions in the western half of the company.

Before foodservice sales force automation,  here’s how we did it the old way :

Products were added at a corporate level.  We received notification of new products via interoffice mail.  The staff would update the database to add these new products, manually sequencing them into product categories.  Each division would separately fax paperwork indicating that they were stocking whichever products they carried.  This updated a different database.  Things were very difficult and labor intensive before foodservice sales automation and there was no ability for retail sales execution.

At the end of each day, the staff would run updates for each division that had notified them of changes.  These pages would be taken to a print shop, where copies would be made and packaged in cellophane.  The copies would be put on a truck, or in the case of the Hawaii division, loaded onto a ship, and sent to the division.  There they would be put in each sales rep’s pigeonhole mailbox.  Approximately once a week the contents of the boxes would be mailed to the sales reps.

The average turn-around time for each update before Ai2 food service sales automation came to US Foods (except Hawaii) was around ten days.  TEN DAYS!

Imagine the increase in speed and efficiency when the company migrated to Ai2’s POET foodservice sales automation software.  Suddenly new products could be added daily.  Someone would enter them into the mainframe one day, and they would become part of the overnight update and show up in the sales reps’ laptops the next day.  Using the POET foodservice sales automation software, the entire company could be updated in one fell swoop.  And the folks in Hawaii were updated just as fast as everyone else on the mainland.  You don’t need to put data on a ship or a truck.

At the time, the foodservice sales automation software communicated with the ACS server through modems or telephone couplers.  The telephone coupler was fascinating in its inefficiency.  A foodservice sales rep would find a payphone, strap the adapter to the telephone handset, and dial in to the ACS.  The process had to work at the speed of speech, all the handset could handle, so speeds of 1200 baud were considered fast.  The process drove the reps who used it up the wall, but it was all that was available in the field.  Most reps went home at 3 pm to finalize orders and submit them over their home data lines.

New York was the first division to roll out the new cell cards.  These cards, about the size of a credit card, slipped into slots in the laptop and acted like a cell phone.  The food service sales reps who used them stayed in the field and sent their orders instead of going home.  Suddenly they found themselves out and about with several hours of free time.  In the first six months of use, new customer applications were up 20%, all from foodservice sales reps wandering into locations and promoting their services instead of going home. 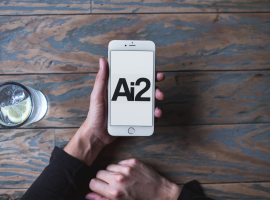 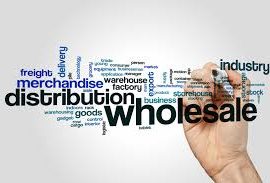 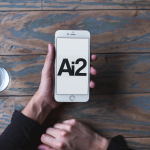 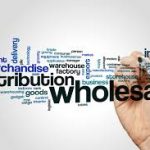 M-commerce – What is it?